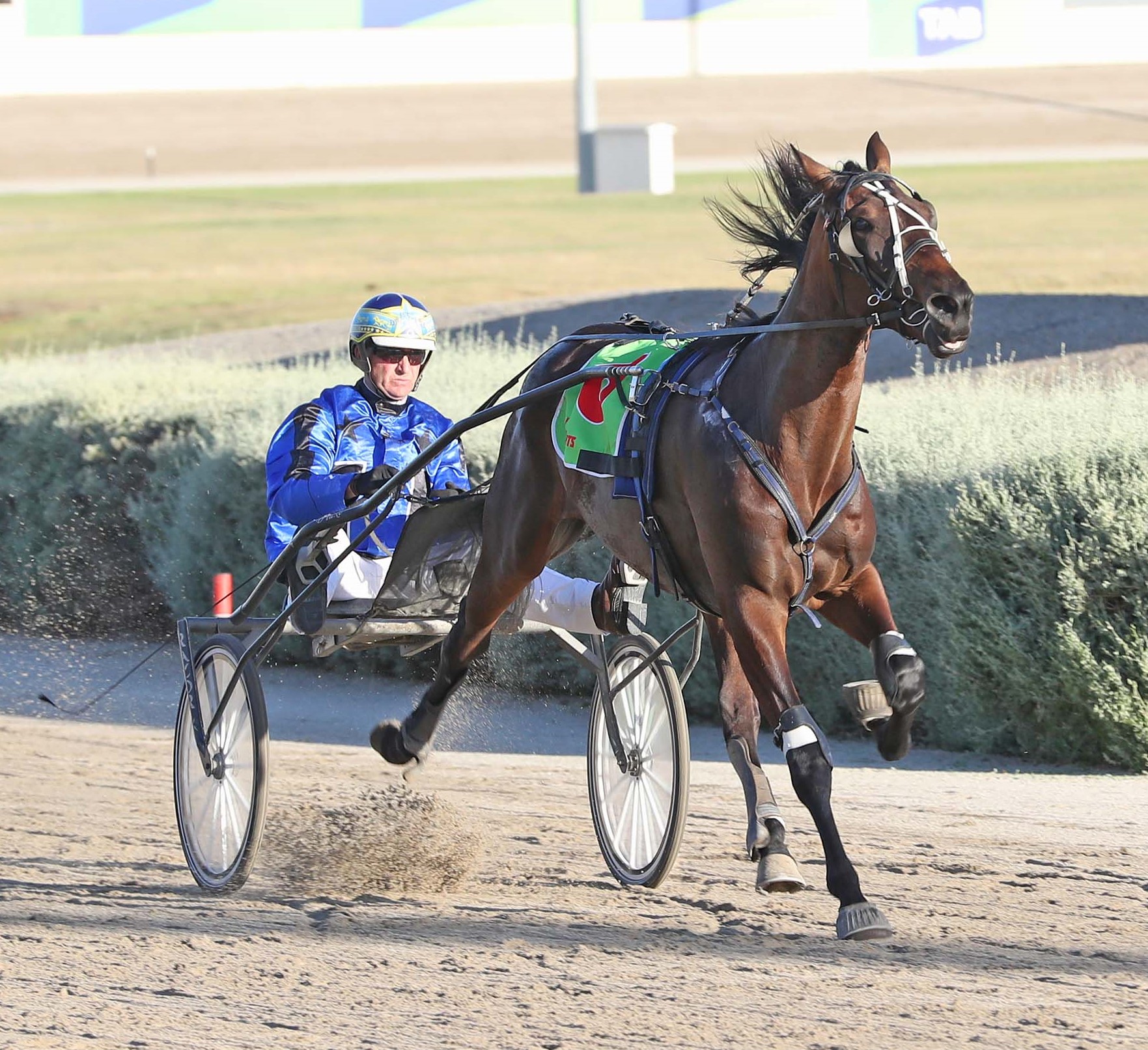 The stars could well align Sunday and deliver Neil McCallum not only a third Ouyen crown but a career 1500th victory.

McCallum will steer Egodan in the Greggs Electrical Ouyen Pacing Cup, which is the headliner on a terrific 11-race card for the club and one of five drives on the day for the reinsman, who’s amassed 1498 career wins.

“It would be a point of pride for anybody, it takes a bit of doing,” he said. “I’ve had Group 1 wins in four different states of Australia. If you couple that with 1500 wins, it’s a couple of things not many people have done.”

And what do those numbers signify to him?

“It catches up with you a bit, there is not a lot of time for yourself, but that’s horses I suppose. There are ups and down.”

Among the biggest ups have been the aforementioned Group 1s, which include Jerichos Trumpet winning the Vicbred Platinum Home Grown Classic in 2017 (pictured). He’ll partner the trotter at Echuca tonight, who he considers “an each-way chance”. “He seems to be on his way back.”

Two of his other Group 1 wins come with Imprimartar, winner of the 1990 NSW Derby and 1991 Fremantle Cup.

“We took on nearly the cream of the crop when he was racing,” McCallum said. “I was with him from day one.”

Imprimartur also delivered the first of two Ouyen Cups in McCallum’s kitty, having won in 1992 before he followed up with a second in 2000 with Demiliner.

On Sunday he hopes to add a third with Egodan who, like four of McCallum’s five drives at Ouyen, is trained by Lachlan Prothero. He’ll start from outside the back row and the reinsman labelled him “just a great old horse”.

They will have to overcome the likes of Beat City and Pembrook Charlie tonight if they are add to their winnings in the 2423m feature.

“The distance doesn’t worry him, it just depends what trip you get around that track,” McCallum said. “If he gets a nice enough run they will know he’s there.”

McCallum shared his thoughts on his other Ouyen hopefuls:

“He was disappointing the other night. We changed his work around and he had a bad race at Swan Hill, but he is drawn good and is a chance in that field. It suits him on the fence."

“She’s going all right. She’s getting more comfortable on tight tracks, has had a couple of weeks off and is working good enough."

“Went great at Swan Hill and it took a handy one to run him down. He looked like he was going to win until he got swamped. (Gate) six at Ouyen is not a nice fish. If I go back I could be in trouble, if I go forward I could be in trouble. Will just have to judge it off the gate.”

“He goes all right. He’s one we bought from Adelaide and hangs when he corners, but went around Swan Hill good. He’ll be up forward somewhere and a chance. His attitude has improved since they put blinkers on him.”

TUNE IN at OUYEN

Began quickly to lead and ran along at a genuine tempo. He scored easily and shaped up nicely for his return to racing at Ouyen on Sunday. He is meeting a couple of handy performers at Ouyen but he is very honest. REPORT

Recovered to finish fourth after being checked on the first turn. She settled seventh on the markers and picked up some ground late. REPORT