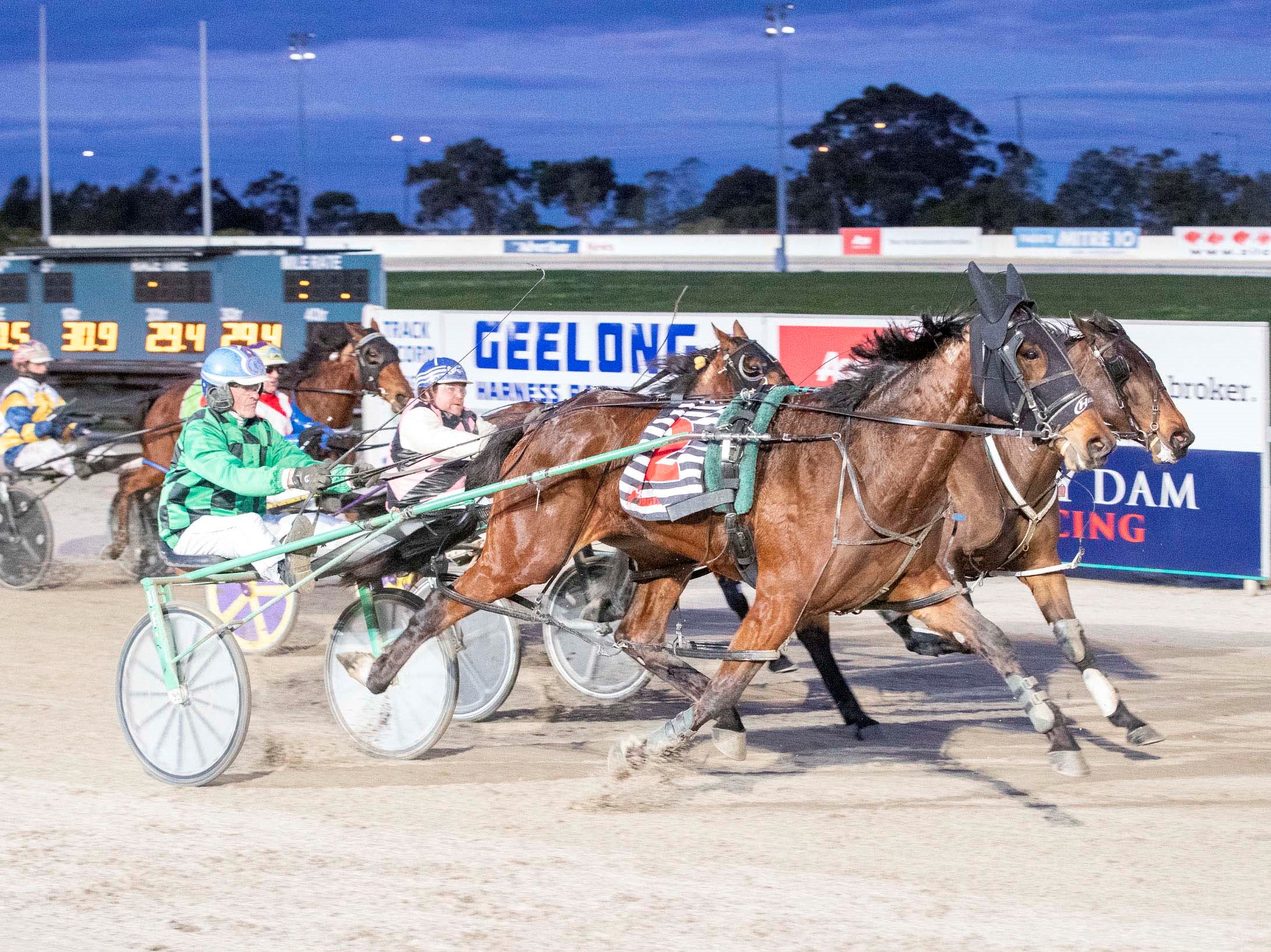 A quiet winter is set to become a very busy spring and summer for trainer John Yeomans, whose trio of fine fillies are building up to a jam-packed Group 1 season.

The Homestead Farm breeder and trainer is eyeing November’s Breeders Crown and December’s Vicbred Super Series for Its Beajolais, Theultimate and Its Ebonynivory, who were all bookmarked to run in the next four days.

The former two were slated to return from spells at Shepparton tonight and while Theultimate will take her place in the Cortells Electrical Pace, which streams on Trots Vision at 9pm, Its Beaujolais’ return may yet be put on hold.

The NSW Oaks placegetter was set to contest the TAB Long May We Play Pace tonight, which would be her first outing since March 28, but that’s now under a cloud after she was discovered to be suffering a foot abscess.

“I’ll wait till the morning and see what the result is,” Yeomans said yesterday afternoon. “We are trying to draw it out of her but the chances of her racing are pretty slim, which is unfortunate.”

A winner of the Group 2 Alabar Vicbred Platinum Home Grown Classic last season, all initially looked to be going well for Its Beaujolais this time in, having run 1:53.5 in her trial when narrowly beaten by Andy Gath’s Sanday.

“She’s been progressing good until this morning,” Yeomans said. “She’s developed on nicely and is a lovely looking filly.”

She is being prepared for the Breeders Crown, with the three-year-old heat to take place on November 6 at Bendigo. Yeomans did express concern that a foot abscess and subsequent scratching could set her back a crucial lead-in run to the rich series, but remained optimistic.

“She’s going to go into the Breeders Crown series fairly underdone, but in saying that she’s had a few trials and gone super.”

Breeders Crown is also in the frame for Theultimate, who races tonight for the first time since April, when her three starts produced two wins.

She’s had three trials ahead of tonight’s return, all at Melton including a last start second placing, when she was beaten a head by Lets Get Shorty.

“She was probably a little disappointing, but is a big, late-maturing filly,” Yeomans said. “She is beautifully bred, being a half-sister to Ultimate Art, who won over $600,000 and ran in an Inter Dominion.”

She was rated a $7.50 chance by GoodForm analyst Craig Rail for tonight’s Cottrells Electrical Pace, having drawn gate seven.

“I’ll be happy if she runs into a place. She hasn’t had a start for some time,” Yeomans said. “We don’t want to slaughter her first up and James hasn’t driven her for some time because of the lockdown we had.”

The last of Yeomans trio of three-year-old fillies bound for Breeders Crown is Its Ebonynivory, who’s won once in 10 starts but finished in the placings on six occasions and showed her quality with a fourth in the Pryde’s EasiFeed Victoria Oaks.

She will race at Cranbourne on Sunday, her fifth start since returning to racing on August, having thus far produced three seconds placings and a third when she's “met a couple of nice horses”.

SANDAY began quickly, trailed the leader ITS BEAUJOLAIS and came to the outside in the straight. He finished off powerfully and got the prize but ITS BEAUJOLAIS kicked on very strongly in the run to the finish. Both horses performed brilliantly as they put a large gap on their rivals and the mile rate was superb at 1.53.5!. REPORT & REPLAY

Settled four back on the outside and ended up being one out and one back at the bell. He came out four horses wide at the 300m and sprinted quickly to win. He was very impressive in the run to the finish and is a good chance of racing well the next time he steps out onto the track. REPORT & REPLAY