Trots Centre: Joe and Soho return for Mick minus tricks 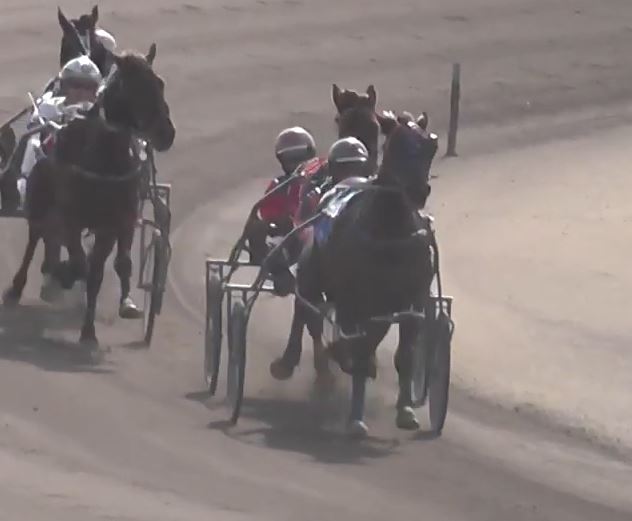 Redemption will be front of mind for Mick Stanley’s runners at Ballarat tonight, with the Burrumbeet trainer’s entrants out to make amends after last-start mishaps.

Both Sayitaintso Joe and Soho Major Player are well positioned to put their problems in the past, particularly the aforementioned two-year-old, who will likely start favourite in the Natures Cargo Pace, which streams at 8.30pm on Trots Vision.

After breaking gait and finishing 175 metres in arears in his only start, Sayitaintso Joe – the son of Group 3 winning mare Beach Shack – has had four months on the sidelines and transformed from a colt into a gelding.

“He’s got a really good deal of ability,” Stanley said. “Obviously he did things wrong last start and so we’ve gelded him and turned him out and with time he’s maturing. He had two trials at Maryborough and trialed really well.”

He returns tonight not amid a field of fellow two-year-olds but of much more seasoned pacers rated 51 to 54, including 10-year-old Our Summer Wind.

“Going off Soho Bollinger and Lochinvar Chief, I think they have shown the two-year-olds can handle this class no worries,” Stanley said.

“We are saying two-year-olds, but they would have been three-year-olds and I think that is why they are handling it so well. They’re a lot more mature and stronger.

“It’s a lot about him making sure he doesn’t make mistakes. If he does that then he will be a good show.”

The other Stanley stable entrant tonight is Soho Major Player, who will contest the last at 9.23pm, the Lather Up @ Woodlands Stud 3YO Pace.

Previously with Kim Prentice in Western Australia, Soho Major Player has joined the Burrumbeet stable to snap up her Vicbred first-win bonus before the Art Major filly is set for a broodmare career for owner-breeder Rob Watson.

She debuted at Stawell on September 6, when the $2.50 favourite was the first thing beaten after pacing poorly throughout.

“I had trouble steering her at Stawell,” Stanley said. “She got on one rein and unfortunately was running off the track the whole time. We have made gear changes and they look to have worked well.”

She will start from gate two in tonight’s three-year-old fillies pace, directly inside likely favourite Keilah, and Stanley said he would let tempo dictate where he lands from the gate.“I don’t think it matters. With a small field you don’t particularly have to lead because you won’t settle far off them.”

In addition to his own two starters Stanley will also take the reins of three others.

That begins with Courtney Slater-trained Fremarkskuzo in the Cooke & Foley 3YO Trot.

“When he puts it together he feels like he will win a couple of races. Last time out he had his best run since I’ve been driving him. If he continues to improve he will get his chance," Stanley said of Fremarkskuzo, who's still chasing his first top three placing. “It is an even three-year-old trot race. Saint Calder looks the stand out, but he is in the next tier.”

Stanley will then follow up with Kevin Richard in the Nextra Wendouree Pace, but said the six-year-old “will need to improve” to feature, while his other drive, Jackierabbit, has a good draw in the Regent Entertainment Pace. Stanley said the pole marker was a “good each-way chance”.

Was able to lead throughout and win by a comfortable margin. He was shifting out to the middle of the track in the latter stages but he was well clear of his rivals at the time. REPORT

August 30: Settled third on the markers, moved into the death seat at the mile marker and quickly ran to the lead with 1400m remaining. He went to the line strongly to win by a comfortable margin. REPORT

August 23: trailed the leader PANTALOON, moved away from the markers at the 300m mark and was able to win with plenty left in reserve. He was showing plenty of ability at the trials before galloping on debut at Melton then was put away. His victory was a promising start to a new campaign. REPORT & REPLAY