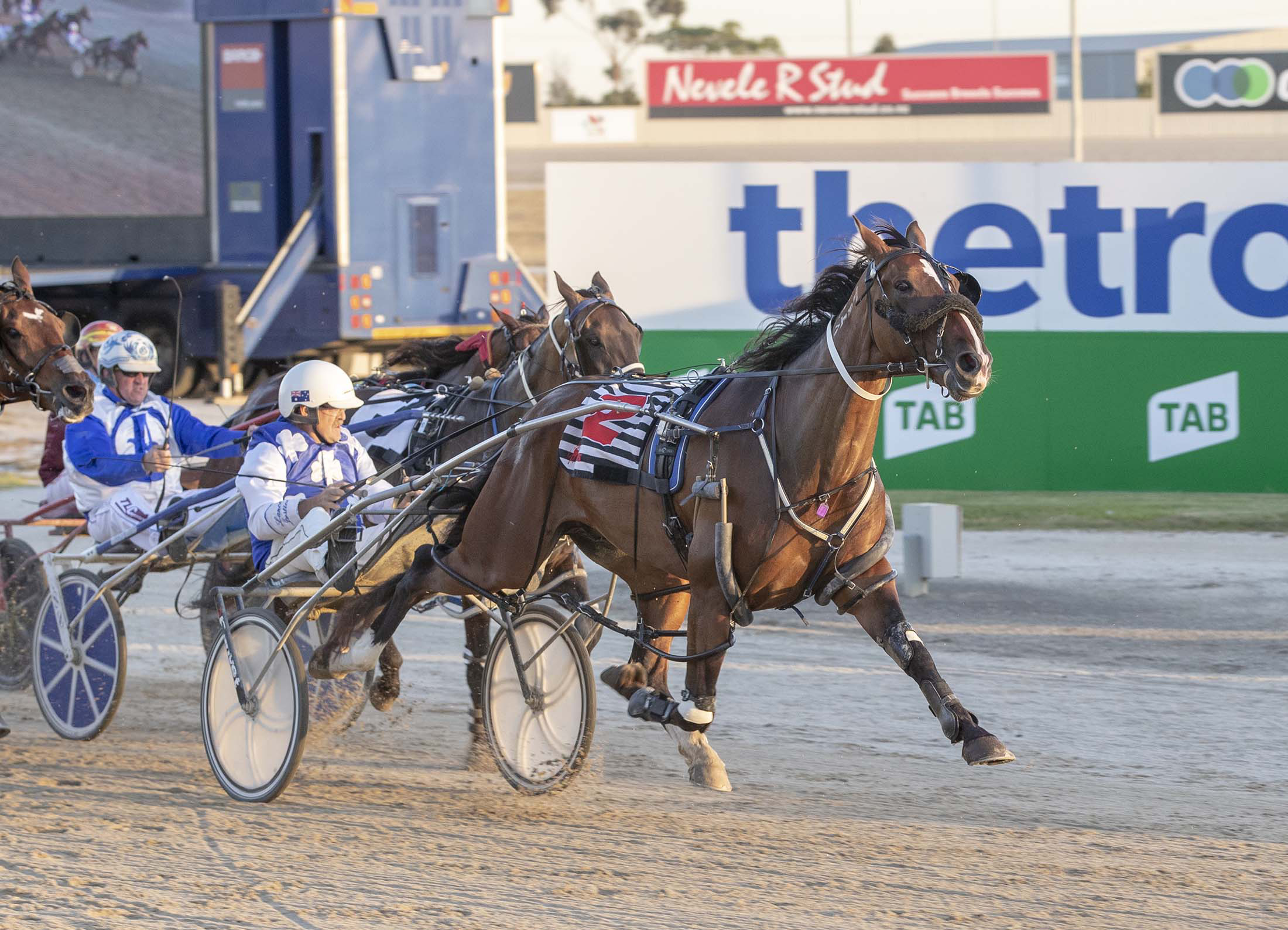 When Lance Justice parade’s the pre-race ring at Tabcorp Park with River Patrol tonight a glance around will she fresh faces peering back.

The 62-year-old veteran of more than 17,000 race starts is the only driver in the Hygain Pace, to stream at 6.27pm on Trots Vision, without a C for ‘Concession’ next to his name.

“It’s pretty unique, to go out with just a group of young drivers,” Justice said. “There’s some real talent there. While they have got their concession claim it’s a chance to come in and show they have got the ability."

Justice will start from the middle gate, with Connor Clarke, 17, Xavier O’Connor, 23, and Olivia Weidenbach, 18, drawn on his left and Shannon O’Sullivan, 20, Michelle Phillips, 22, and Ryan Duffy, 24, to his right.

“I will be looking forward to going out with them and having a look,” Justice said. “Nothing gives me more hope than when I look around and see all the youngsters.

"You can have as many good horses as you want, but its personnel coming into the sport that puts you up in lights.

“They run for Michelle and Shannon, Olivia’s very quiet on the track but loud in the stalls, Connor Clarke’s a good boy. He drove one for us a couple of weeks ago and did well. Ryan got the chance to show what he could do (during regional racing) and bloomed, and Xavier’s a nice lad and got a lot of ability.”

And while there will be no favors given in tonight’s $7000 pace, Justice said he was only too happy to share the lessons he’s learned in a career that’s seen him win more than $17 million for owners.

“When I first started driving I had the best mentors,” he said. “A guy called Ronnie Cox, who was just a great guy and used to take great pride in teaching the young ones and then would always follow them. He did it with me and a lot of others. And another I learned a lot off was Jack Delaney.

“I always thought one day I’d like to give something back if I could. I’ve spoken to some of the them about different things and they have accepted that and taken it away with them. I am always quick to hand on advice if I think it’s going to help them.”

All seven starters in tonight’s second race are listed single-figure chances by Good Form analyst Blake Redden, who noted “almost every runner goes in with some winning claims”.

He has The Lone Dancer on top with River Patrol the next most likely to salute, and Justice expects the nine-year-old gelding he’ll steer for trainer Albert Cefai will be at the head of affairs.

“He’s got a lot of gait speed,” he said of River Patrol. “He is first up and Albert’s horses usually need a run or two. His biggest issue is he doesn’t find the line well. This is a drop in grade but and so he is a good each-way chance.”

Justice will also take the reins of Majestic Jewel in the Niota Bloodstock 3YO Trotters Handicap for trainer Ron Comben.

“Ronnie’s horse is a pretty nice horse who’s been trialing OK too. He is not without a chance,” he said.

La Bet by Bettor's Delight out of La Filou at Cambridge

Parker by American Ideal out of Pepper Potts at Cambridge

Delightful GNP by Bettor's Delight out of Smithes Delight at Addington

Arden Messi by Bettor's Delight out of Tosca Hanover at Addington

Sweet Belle by Sweet Lou out of Belle Tyre at Addington

Fabrizio by Sweet Lou out of Zagami at Addington

Team Kiwi by Bettor's Delight out of Kiwi Ingenuity at Addington

Wandary Muscat by American Ideal out of Wandary Lane at Hobart

Proved too good for JILLIBY DINGO in fast time and was able to beat the same pacer at the races on (June 18) where he produced a powerful display. He is out of a half sister to the great Desperate Comment (1.55.7, $1,033,065), so he is certainly bred to be a tough campaigner. REPORT

Is a good beginner from the standing start and most of his best efforts in Victoria have been from starting behind the tapes. REPORT