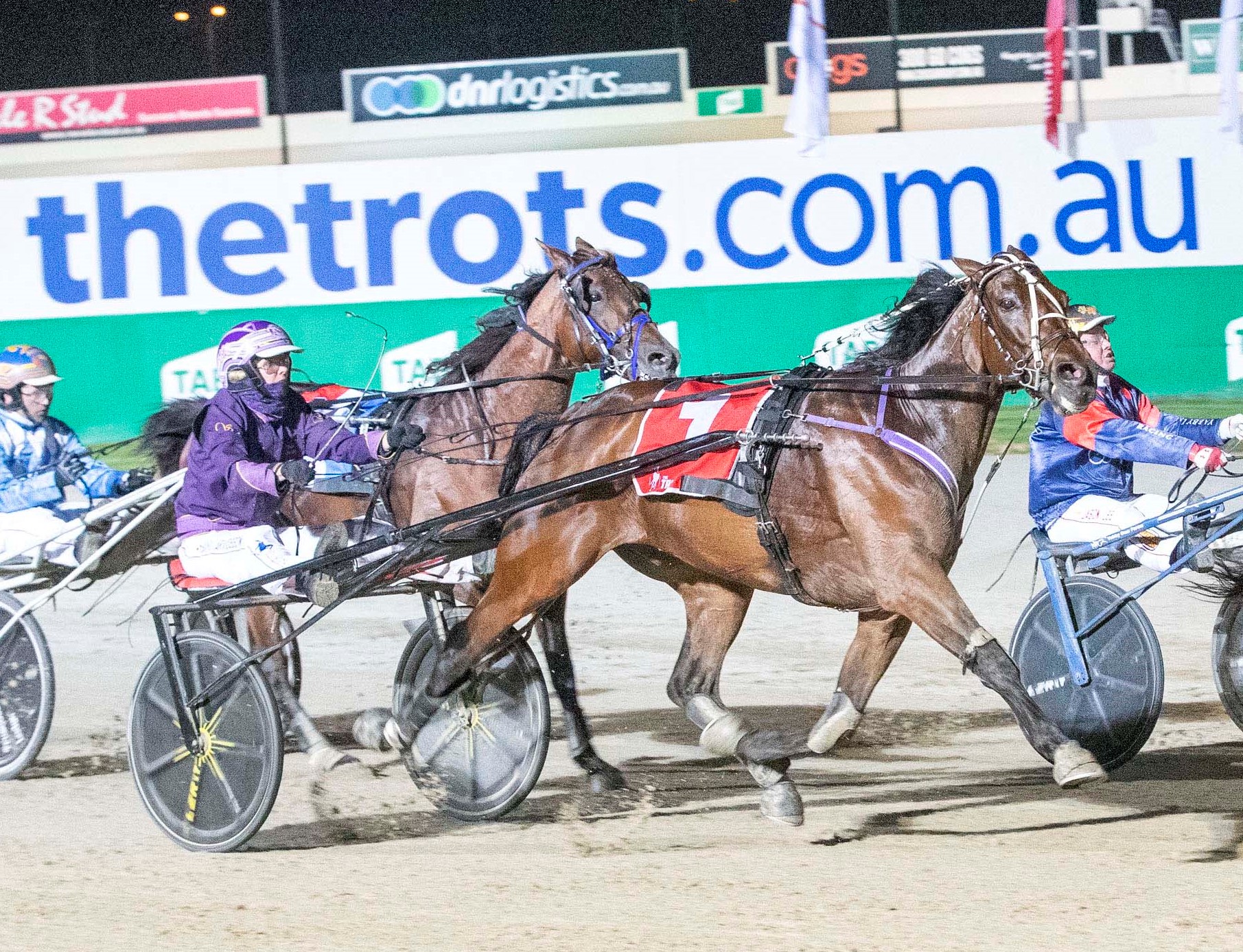 Matt Craven has described the close bond shared between his girlfriend Sofia Arvidsson and evergreen squaregaiter Gus An Maori, who has scaled new heights when many in his age bracket are coming towards the end of their careers.

It's not often a horse will win the biggest race of their lives after more than 70 starts and at eight years old, but the Angus Hall gelding did just that when an upset victor of the Group 2 Schweppes Breeders Crown Graduate Trotters Free For All at Melton on November 20.

It was only Gus An Maori's fourth appearance at group level and he left many punters stunned when he surged past warm favourite Dance Craze in the home straight under the urgings of his biggest fan.

"She's put a power of work into him. Her confidence in him and his confidence in her... they've come such a long way together," Craven said of Arvidsson and the horse.

"She does every bit of work with him. If I got 10 per cent of the love he gets, I'd be going pretty well," Craven laughed.

The Ecklin South trainer said the strong bond between Arvidsson and Gus An Maori had been there for some time. 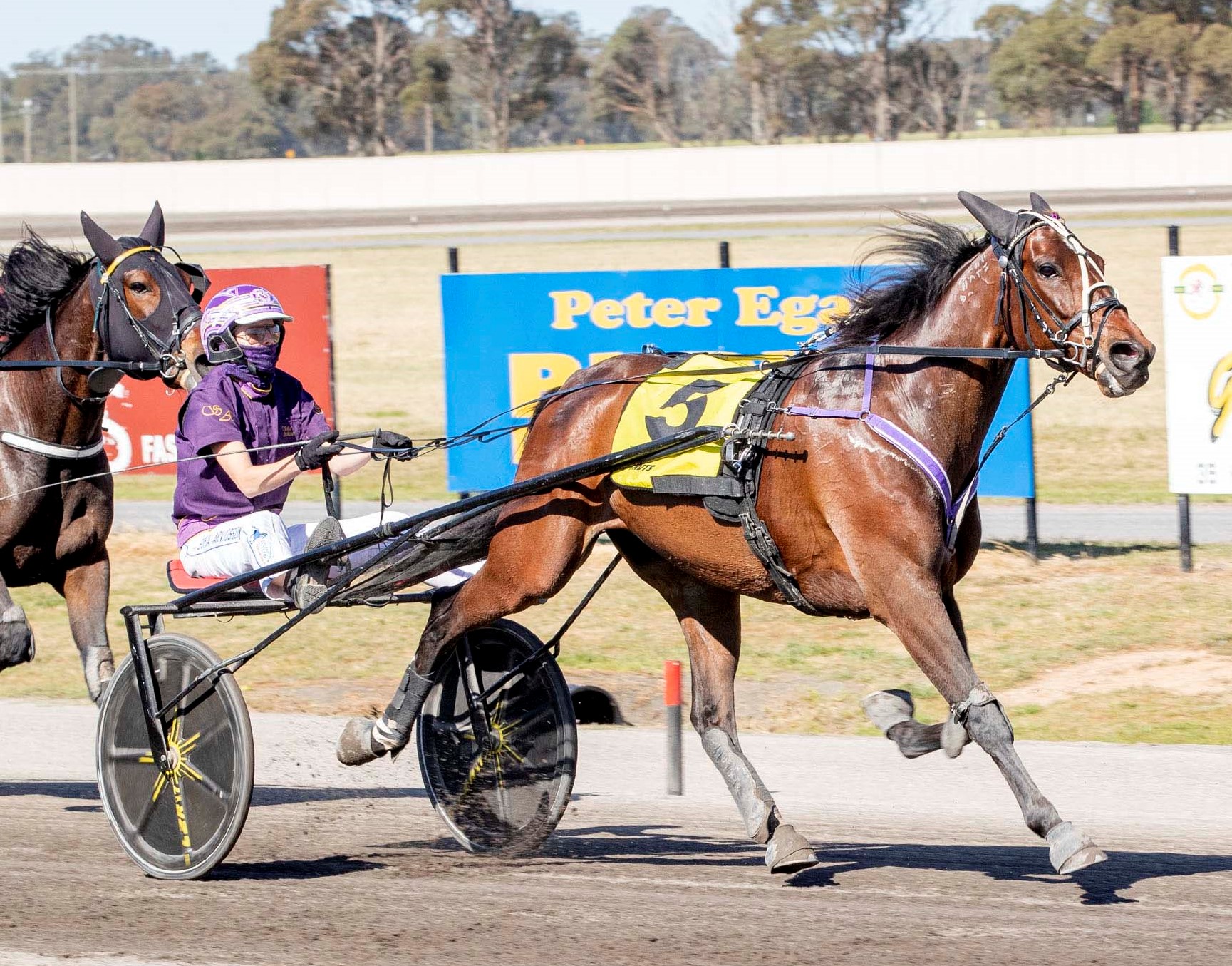 "Since she has been here, she has just fallen in love with him. Early days, she did a lot of work just riding him and things, just to help build him up.

"There's been plenty of times where he's been talked about being sold and she has put her foot down and said 'no'. She wants to keep him as a show horse or whatever, but her faith in him is starting to be repaid. If it wasn't for her, he would have been gone out the gate a long, long time ago."

Gus An Maori has now won 16 of 78 career starts and he will look to cause another boilover when he and Arvidsson tackle tonight's Group 3 Garrards Maori's Idol Trotters Free For All (1720m). Dance Craze and stablemate Always Ready will be there, as will a quality line-up of squaregaiters including Andy Gath's McLovin and Rickie Alchin's Tough Monarch.

Craven said the key to his horse's chances of success rest on finding the fence in running.

"We have just got to be patient and it might mean Saturday night he ends up too far back on the fence and is not close enough to be in the finish, but we have just got to drive him that way each week," he said.

"She knows he has to be driven that way and she sticks to the task. Maybe when I drive him, if he's travelling well I'm happy to pull out, where she knows he can't and that's why they get on so well together.

"I wouldn't expect him to be winning again (tonight), but if he continues to do things right he'll be competitive at this level."

The Maori's Idol Trotters Free For All is one of two Group 3 features on tonight's 11-race card at Melton, which kicks off with the opening event at 5.20pm.

CRAVEN ON HIS OTHER RUNNERS SATURDAY NIGHT

RACE 4 - BENSTUD STANDARDBREDS YOUTHFUL STAKES (2YO COLTS & GELDINGS)
KIMBLE (Craven to drive)
"If he happened to lead or sit leader's back, he'll be very dangerous.
"(Last start) he didn't sort of get clear air in the run to the finish and forget that run and go back to his run prior. He's very well and really looking forward to him racing Saturday night, but also going into the Vicbred."

RACE 6 - VHRC CADUCEUS 3YO CUP (GROUP 3)
ITZ LONGTALL SALLY (Craven to drive)
"Still getting to know her, but to me she feels like a quality filly. She's got a nice record and won well last start and that run will bring her on and improve her again into this week."

Whiskey Neat by Bettor's Delight out of Focussed at Pinjarra

Miss Limelight by Bettor's Delight out of It's Showtime at Pinjarra

Magnificent Storm by American Ideal out of Our Splendour at Pinjarra

Kraze by Crazed out of Karamboo at Globe Derby

Diego by Bettor's Delight out of Sakura at Gloucester Park

Euphoria by American Ideal out of Bliss at Gloucester Park

Elita by Bettor's Delight out of Sapphire Lil at Mildura

Produced a fighting display to finish second. He trailed the leader, moved to the outside at the 600m and boxed on very well at the finish. REPORT

Utilised his gate speed to lead early, set up an average tempo and was able to dash home his final quarter in 27.49 seconds to win the trial. REPORT