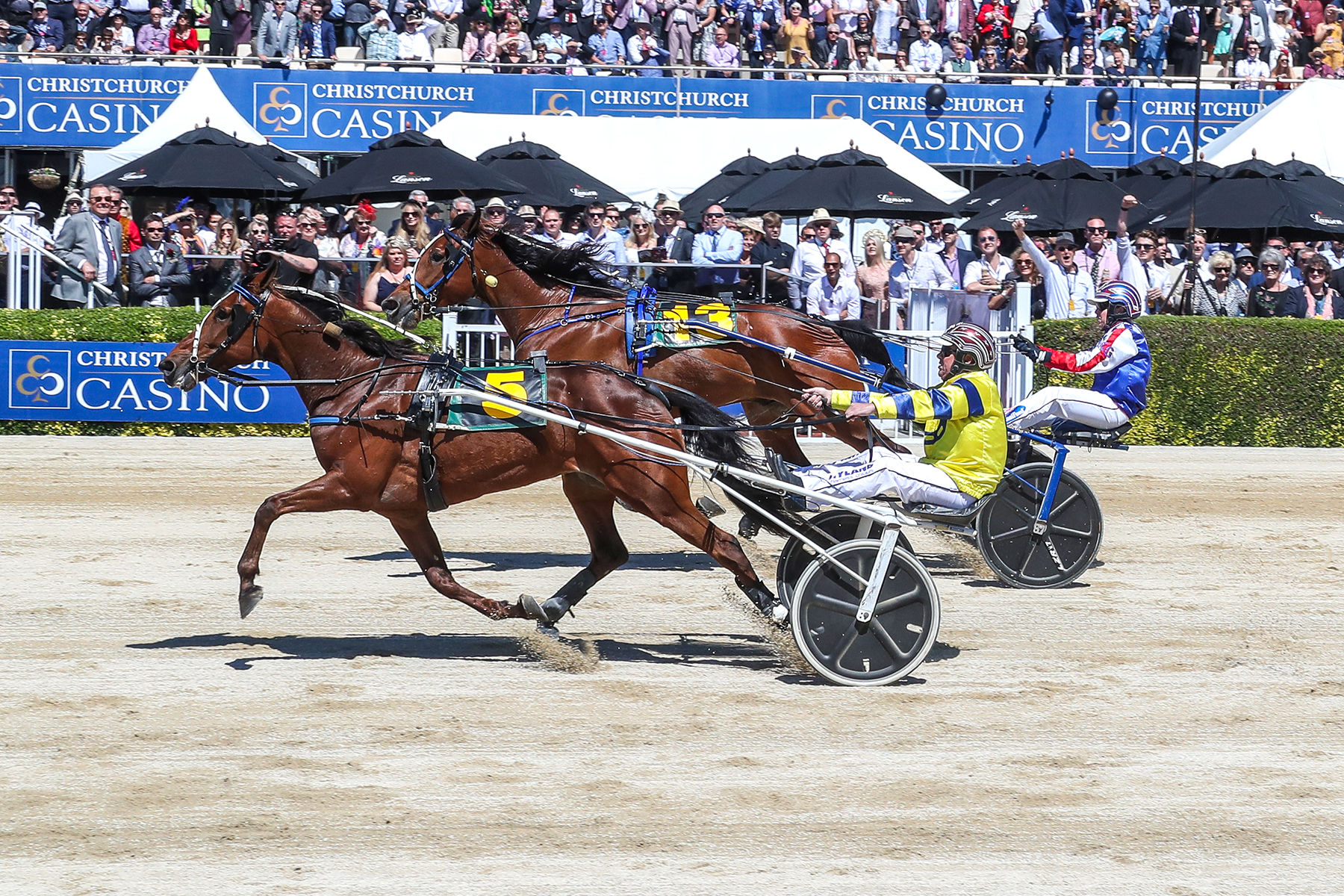 Things have been more than a little unorthodox but Rickie Alchin’s trotters continue to pack a punch and the stable superstar, Tough Monarch, hopes to give it a full flex in tomorrow night’s Group 1 Schweppes Australasian Trotting Championship.

“It’s been a bit hard with the borders closed for everybody, not just myself,” he told Trots Talk, having watched on as Tough Monarch battled valiantly during a Kiwi campaign and then last Saturday as his gelding Watts Up Majestic won a Breeders Crown for Chris Svanosio.

With elements of life as usual returning, so too does Alchin and with him Tough Monarch, seasoned from three New Zealand starts in which he finished fourth at Kakoura, eighth in the NZ Trotting Free For All and third in the $286,200 Dominion, which more than compensated for the trip.

“It was very hard with the covid restrictions not being able to be in New Zealand with the horse,” Alchin said.

“The first couple of runs things just weren’t going right – the Kakoura run he didn’t quite handle the track. Then in the New Zealand Trotters Free For All he made a break at the start, ended up last in a very fast run race. I actually still thought his run was very good that day because he was wide on the track.

“And then in the Dominion handicap, the main one, he couldn’t have gone any better. They trotted four minutes for the two miles and broke the New Zealand track record. He was the only horse hitting the line from out wide.”

It’s form that holds him in good stead for tomorrow’s stamina testing battle over 2760 metres, with Tough Monarch to start off 10 metres along with McLovin, Savannah Jay Jay and Red Hot Tooth.

“He hasn’t drawn the best but they will know he’s there. The distance will suit my horse, being a stand and the 2700,” Alchin said.

“It’s definitely going to be tough from the barrier draw. A horse I once trained and sold to Andy Gath, Majestuoso, I think he’s clearly the horse to beat. He’s an up and coming star.

“(But) anything can happen in these standing start races. One thing is that my horse has been there and done all that, the moment doesn’t worry him, he’s as safe as off the tapes, where as some of those up and comers you just never know. Sometimes they can be a bit vulnerable off the stand.

“We will just have to wait and see how it pans out, but he will be running home strongly.” 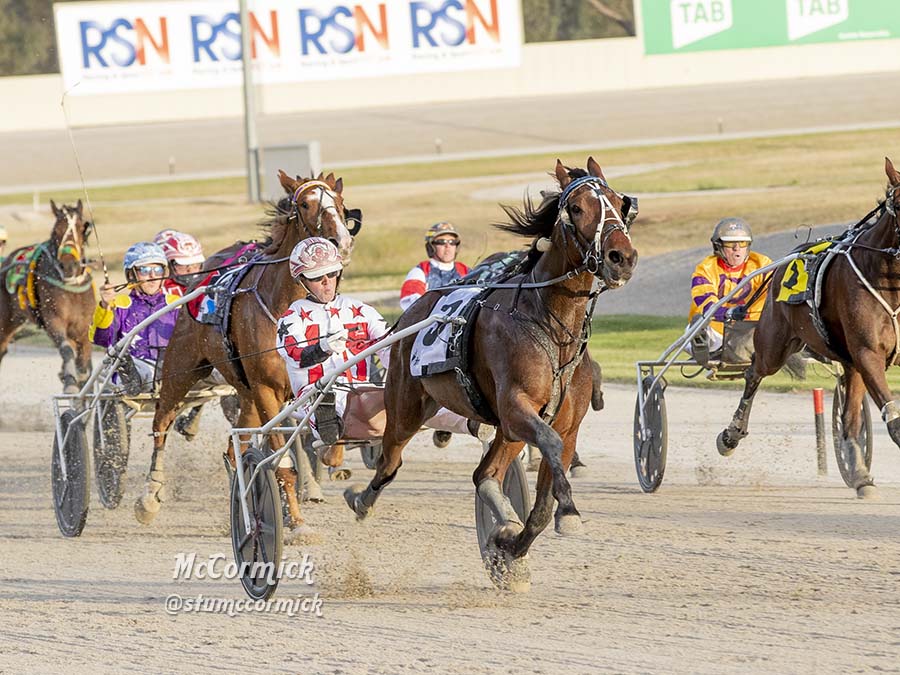 “Chris did a fantastic job to get him absolutely spot on on the night,” Alchin said. “It was great, I was up her in Sydney with the owner. We were at a barbecue at his place and it all worked out perfectly.

“The longer he had been down there he just really came along in leaps and bounds. He was spot on on the night thanks to Chris and his team.”

The Schweppes Australasian Trotting Championship streams at 9.40pm on Trots Vision, with Dan Mielicki and Rob Auber on course to guide viewers from the VHRC Parade Ring to the Winners Circle.

Other highlights include the TAB Blacks A Fake Free For All which follows at 10.12pm, with Out To Play favourite in a field that also includes well-drawn pair Bettor Be The Bomb and Mister Wickham, last start winner Bulletproof Boy, king of Mildura Bernie Winkle, Inter Dominion finalist Sicario and Arden Voyager.

The night also features the Group 3 Alabar Vicbred Platinum Pace and the $24,000 HERO Claiming Masters, including the likes of Somewhere Secret, Ample Power, Star of Memphis and The Crimson Prince, who all have the maximum $50,000 claiming price.

Trinity Bromac by Bettor's Delight out of Tandia Bromac at Pinjarra

Diego by Bettor's Delight out of Sakura at Pinjarra

Mason's Delight by American Ideal out of Pacing Delight at Menangle

Soextra by Bettor's Delight out of Lagoon Lady at Bendigo

Our Shelley Beach by Sweet Lou out of Superdeal at Bunbury

Magnificent Storm by American Ideal out of Our Splendour

Was a very impressive winner. He trailed the leader and raced fiercely mid-race, moved away from the inside at the quarter pole and sprinted sharply in a final half of 56.6 seconds to win by a comfortable margin. REPORT & REPLAY

A smart former New Zealander, who hasn’t raced since a fourth at Terang in June. He has already won four races in Australia and he recorded fast time at his comeback trial performance. REPORT