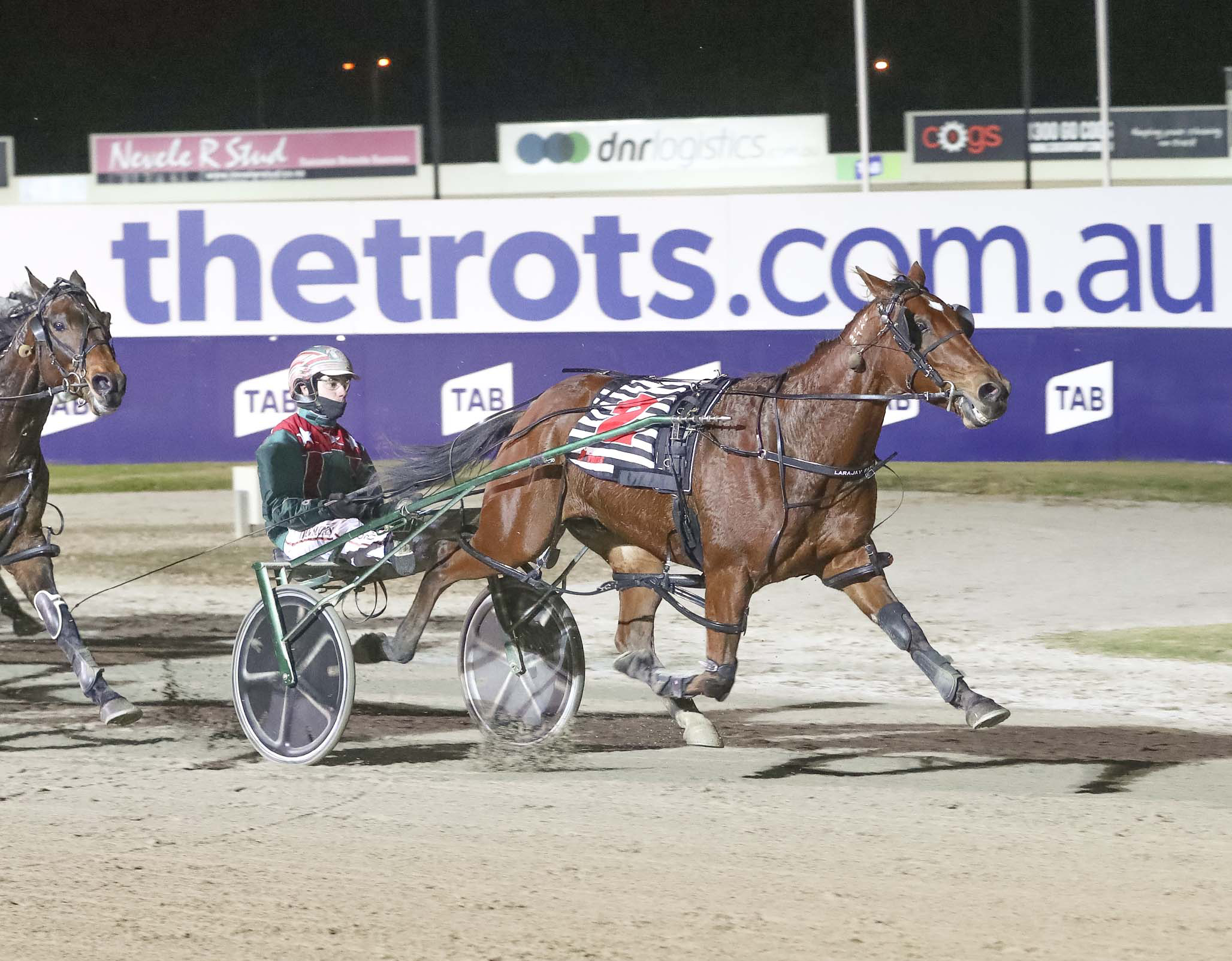 A ticket to the big dance won't come easy for the fine crop of fillies who will step out in Saturday night's third Lazarus Victoria Oaks heat.

The random draw has coupled Victorian two-year-old filly of the year Kualoa with fancied Arabella Star and Tangoingwithsierra, who drew gates one and two respectively and opened $4.40 with TAB.com.au.

Lob in a multitude of pacers with winning form lines, in particular Soho Nolita, Mach Jodenkrist, Wellsaidlucy and Rise Above This, and a top four finish will be a mighty achievement in itself.

That prospect is front of mind for reinsman Greg Sugars, who will steer trainer Jess Tubbs' three-year-old Betamerica from gate five in the 8.30pm feature.

"I'm very happy with her," Sugars told RSN 927's Gait Speed today. "She showed as a two-year-old she wasn't too far off the best of her age group.

"She's progressed nicely through this preparation. We decided to leave her home from Sydney (NSW Oaks), just didn't think she was quite ready to compete in a race like that.

"This was always in the background, we wanted to try and have her the best we can for the Vic Oaks and we are very happy with her leading into it."

But Sugars admitted the task at hand was a tough one given the strength of the heat.

"She's going to have to be on top of her game just to even qualify because it's a pretty tough heat she's drawn," he said. "The (barrier) draw is probably not a great help either, but I think she's ready to stand up and be counted against these ones for sure."

► Road trip to Mildura 'ends in a party' for Brad Stevens

The Larajay Farms stable will have representatives in each of the heats, with "bread and butter type performer" Larajay Macray to contest the first heat, race 3 on Saturday's program.

A $101 outsider, Sugars said Larajay Macray probably hadn't come on as a three-year-old quite as well as her stablemates, but if saved "for one dash up the straight she's probably got as much speed as most of them over a short distance".

Lady Rocknrolla will run for Tubbs and Sugars in the second of Saturday night's heats from gate two, with the reinsman labelling her "more of a tradesman (type), she's a very honest filly and not flashy by any means".

"We are very proud of her to make the finals and come away with a sixth placing in the New South Wales Oaks," he said. "Hopefully we can get through and have a similair sort of performance down here in Victoria."

CLICK BELOW TO FOR TODAY'S FULL EDITION OF GAIT SPEED