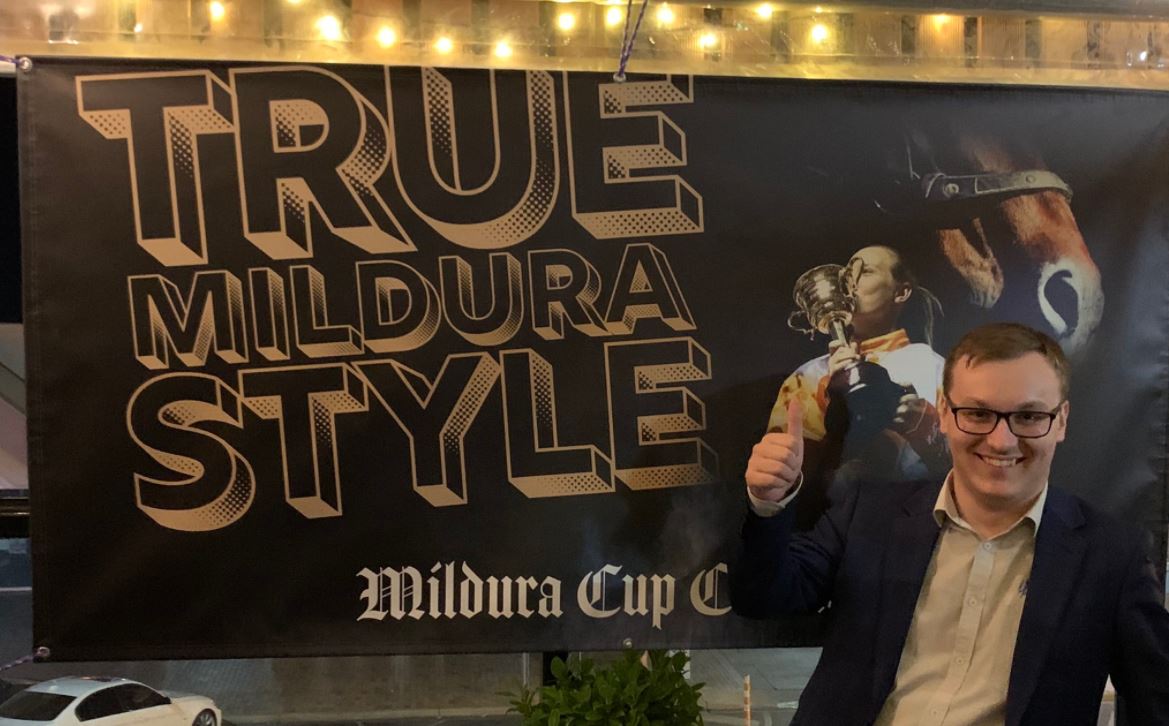 "True Mildura style" is the catch phrase coined by young up-and-coming racecaller Luke Humphreys and this week is certainly its time to shine.

Victoria's harness racing spotlight has been shone directly on the Sunraysia for the highly-anticipated carnival, with the week-long celebration having already taken in a meeting on Tuesday and reaches its crescendo across the next two evenings.

The squaregaiters take centre stage tonight, with the running of the Niota Bloodstock 2021 Mildura Trotters Cup throwing up a multitude of winning hopes.

The top three horses in the Maori’s Idol Trotting Championship standings will do battle, with Well Defined (Kate Hargreaves), Stress Factor (Brent Lilley) and Travel Bug (Jason McNaulty) all locking horns, while the consistent Hatchback (John Justice) is among the most fancied runners.

For some of the dedicated trainers and drivers, this little five-day period is also a chance to get away and enjoy a working holiday of sorts, with the competitive racing easily combined with some nights out for dinner with friends and rivals of the track.

And while the success of the carnival won't be defined only by what takes place around the tight 810m circuit, it's hard to see Saturday night’s Tasco Petroleum Mildura Pacing Cup Final being anything other than a beauty.

The barrier draw has certainly made for an exciting race, with "True Mildura style" likely to come out of the caller's box at some stage during the 2600m journey.

Basically, for anyone other than connections of favourite Mach Dan, his spot on the inside of the back row is a blessing. We all know the brilliant rein-handling skills of Greg Sugars, but he will need to be at his very best to navigate a path away from the fence into a winning position without doing too much work. It's highly unlikely he will obtain a run like he did in Tuesday night's heat, when he glided to the front from barrier eight and stayed there for the last two laps before dashing home up the straight to win impressively.

Is he the best horse in the race? Many would say yes, but the sticky gate brings him right back to the pack. There's so many winning chances, including stablemates Like A Wildfire and Somewhere Secret - drawn alongside in barriers eight and nine - the Adam Kelly-trained Major Meister, Aaron Dunn's other heat winner Silent Major and David Aiken's Malcolms Rhythm, who looked in danger of missing a place in the final before surging late to grab a qualifying spot. And how about the hand Scott Ewen has in the race? His horse Assassinator will be driven by Wayne Hill and looks a likely leader from barrier two. It will then be interesting to see what Ewen does with stablemate Bulletproof Boy, who has a habit of bobbing up at big odds.

The Tankard Dental Mildura Guineas promises to be a good race after drawing a quality field, while a range of finals are scheduled for heats run on Tuesday night, alongside the Wilkie Building Contractors 2021 Free For All for some of the fast class performers that aren’t involved in the Cup.

GET PREPPED FOR MILDURA CUPS NIGHT WITH THE TROTS LIFE FORM PANEL:

TUNE IN at MILDURA - TONIGHT

TUNE IN at MILDURA - SATURDAY NIGHT

Louie The Horse by Sweet Lou out of Bettorkeepthefaith at Collie

Perfect Stride by Bettor's Delight out of Chicago Blues at Warrugal

My Ultimate Cobber by American Ideal out of Lourdes at Bankstown

Stingray Tara by Bettors Delight out of Tara's Gold at Hamilton

Five Bangles by Bettor's Delight out of Beaudine Babe at Pinjarra

Double Up by American Ideal out of Vegas Delight at Pinjarra

Weewah by Bettor's Delight out of It's My Style at Pinjarra

Otis by Sweet Lou out of Janet Gai at Pinjarra

At Bacchus Marsh on March 27, TREVEAN was able to take out the final trial ahead of the Ken Tippet prepared qualifier RONZEL SONNY (Sunshine Beach – Ronzel Gem 1.57.9, $35,795). REPORT

At Mildura on April 4, COME ON ELVIS led out then took a trail behind COCO BEACH. He came to the outside on the home turn and finished off strongly to grab victory on the line. He returns from a break at Mildura and appears to be a winning chance on that performance. REPORT