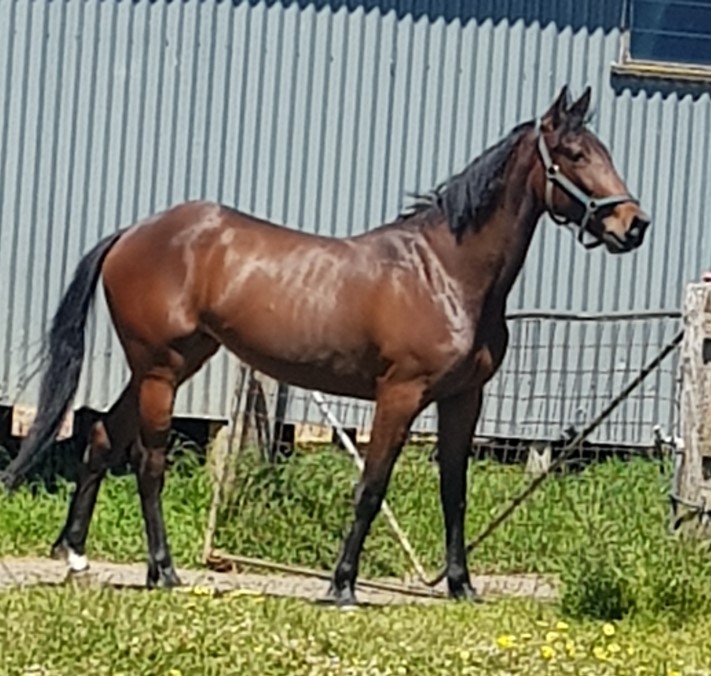 Allendale trainer Adam Stephens has a good opinion of his lightly-raced filly Ruby Wingate and he’s hoping she can forge her way into a lucrative final with a good performance in tonight’s Alabar Vicbred Platinum Home Grown Classic heats at Bray Raceway.

Stephens’ charge will tackle the first of two qualifiers for the three-year-old fillies’ division, with the leading five horses across the line making it through to the $50,000 Group 2 at Tabcorp Park Melton on April 3.

The daughter of Union Guy hasn’t turned heads in her two runs back from a break, but was used early and had to withstand a challenge for the lead when fourth of five runners at Ballarat on March 4, and was then driven conservatively at Melton on March 13 in a race that proved just a dash home. She still finished well to be beaten less than 9m by Seachange.

“She should be nearly there ready to start peaking a little bit by now,” Stephens said.

“The main thing tonight is just to get through (to the final), that’s all. She can win the race, but she is just going to need a little bit of luck from barrier six, that’s the problem. Obviously, the track is going to be wet tonight.”

Ruby Wingate, a winner of one race from nine starts, will be driven by Michael Bellman and is regarded as one of the key hopes in the field of seven.

The filly, who is one of a long line of family-bred horses that carry the Wingate name, is being aimed at this year’s Vicbred Super Series as a long-term goal.

Stephens will also take stablemates Iamawingate and Silver Domino to the Ballarat and District Trotting Club this evening, where they will turn from friends to foes in the Terrace Restaurant Book Now Vicbred Pace.

Two heats of the Alabar Vicbred Platinum Home Grown Classic for the three-year-old colts and geldings will also be part of tonight’s card, with slightly bigger field sizes in the boys’ division. Like the fillies, a place in the $50,000 Group 2 final at Tabcorp Park Melton on April 3 is up for grabs.

Tonight’s meeting kicks off with race one at 5.43pm, with the last of nine set for 9.52pm.

At Melton on March 16, HY LEINVINCIBLE was very impressive and is worth following. She dashed to the front in the early stages then finished off in a sizzling final quarter of 26.92 seconds to win by a large margin. REPORT and REPLAY

At Shepparton on March 11, MY GOLDEN EAGLE put in a very eye-catching trial performance. He settled seventh on the inside, was held up for a run at a vital stage and finished off strongly at the end so he might be worth following. REPORT and REPLAY