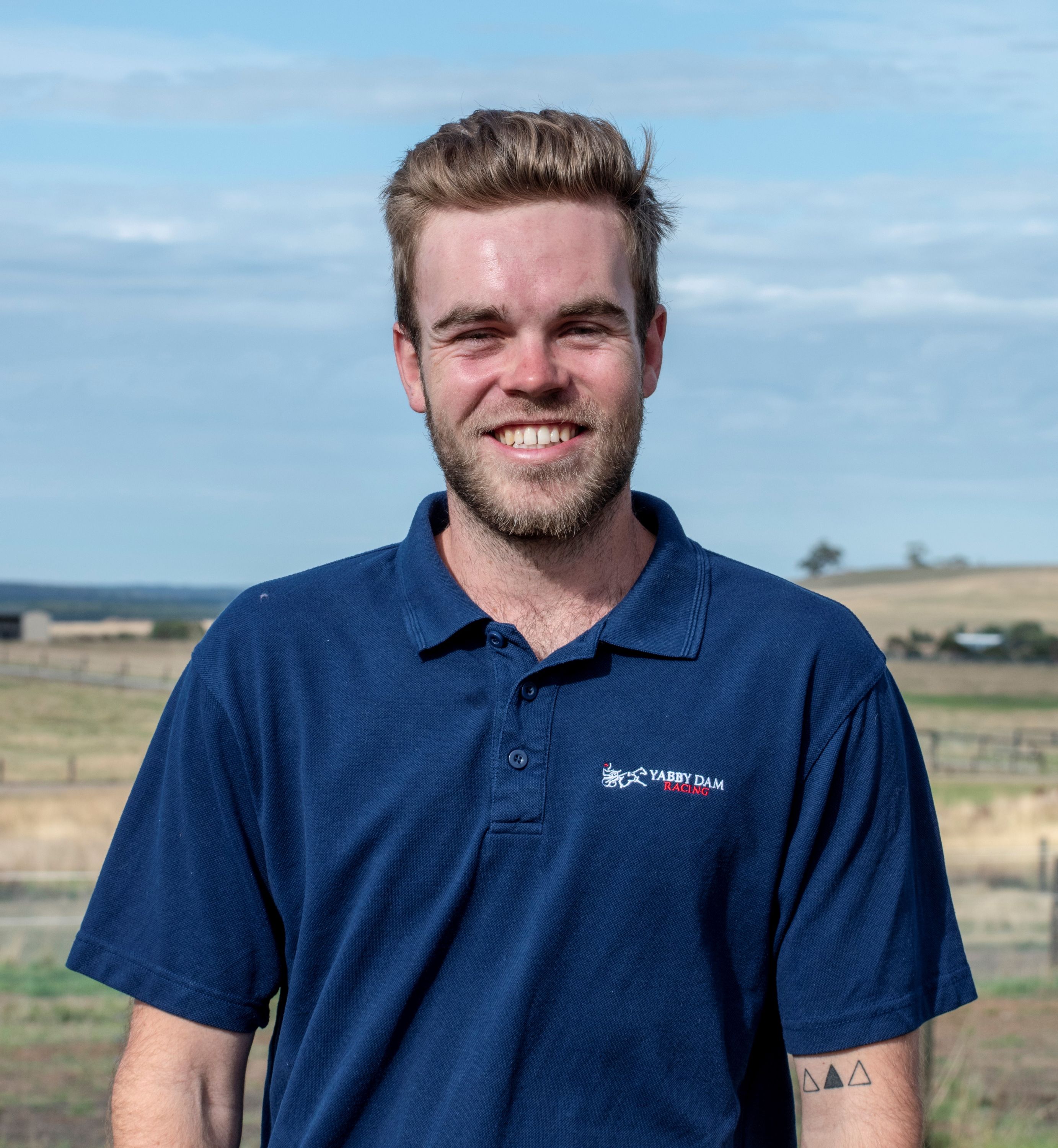 Anton Golino is hoping to kick-start a brand new partnership with success on his home track this evening.

Golino, the long-time head trainer of the expansive Yabby Dam Racing operation, has joined forces with young New Zealander Jack MacKinnon (pictured) and the team will have its first runners in Ballarat.

Golino and MacKinnon prepare debutante Meydan, a colt by Andover Hall out of a lightly-raced mare by the name of Showmethemaori, and stablemate Itsallandover, who is having his second run back from a throat operation.

Although Itsallandover showed he has bounced back from his issues with a promising third placing at Bendigo on October 7, Golino was more buoyant about the first-starter's chances of getting the partnership off to the perfect start.

"I think he's a nice horse in the making," he said.

"He's a big, impressive looking horse and he's a horse we've had to take our time with purely because of his size.

"But this preparation he's come back and done everything really, really well and had a couple of nice trials. I think he's a horse with a nice future."

Golino said the decision to join MacKinnon in partnership would allow him to be able to spend more time with his young family and also concentrate more heavily on the breeding side of the farm.

"It's great for us as a team and great for the farm more importantly. Jack wants to see the farm work and that's the main thing for us," he said.

"This way it gives us both a bit of an opportunity to free up a little bit of time and I can probably start focusing a little bit more on the breeding side... that's sort of where we want to get to eventually.

"But it's great for Jack. He works hard and he's honest. The main thing is that he is honest. It's a great opportunity for him as well."

MacKinnon, 25, joined the operation from New Zealand almost two years ago, arriving in Australia as a stable foreman, but he is not new to training.

He had a taste of it in NZ, winning the inaugural $25,000 Haras des Trotteurs North Island Oaks for three-year-old pacing fillies with Kissmeimloaded in 2017.

MacKinnon has worked for a number of leading stables in NZ, including husband and wife Bernie Hackett and Michelle Wallis, Paul Nairn, Robert Dunn and Steve Telfer.

He had been at Telfer's Stonewall Stud operation for six months when Golino approached him about moving to Yabby Dam Racing.

While MacKinnon also showed promise as a driver as a youngster, he preferred training. "I find it's much more satisfying to train a winner."

Meydan and Itsallandover will run in the opening event of tonight's card at Ballarat, the Flying Horse Entertainment Venue 3YO Trot (2200m).

Golino and MacKinnon will then prepare a team of at least five runners for Saturday night's Melton meeting, including Imamaorijet and Im Ready Jet in the Group 1 TAB Victoria Trotters Oaks and Amour Maternal in the Group 1 Alderbaran Park Vicbred Platinum Home Grown Classic for two-year-old trotting fillies. Rohaan is emergency for the colts and geldings division.

Produced a slashing run at her first start for the new stable at Shepparton and backed it up with a stylish trial victory where she led out, took a trail and came to the outside on the home turn. She extended very nicely over the final stages. REPORT & REPLAY

Continued her impressive run at the trials and led throughout. She extended nicely in the final lap and recorded a slick final quarter of 27.7 seconds to win easily. REPORT

Showed gate speed and took the trail behind PENNY SNATCHER. He dropped off by approximately three lengths before the home turn but rallied and chased hard in the straight. He missed out narrowly and it was a good performance. REPORT & REPLAY

An Anthony Butt trained juvenile trotter that was very impressive in his runaway success over the former New Zealander ONE OVER DA SON. He stepped away well from the standing start, angled in behind the leader, came to the outside at the 500m and won with plenty left in the tank. He has had one start for a win at Addington and is likely to be set for the Redwood Classic. REPORT & REPLAY