Trots Centre: Lee hoping Nitro can regain will to win 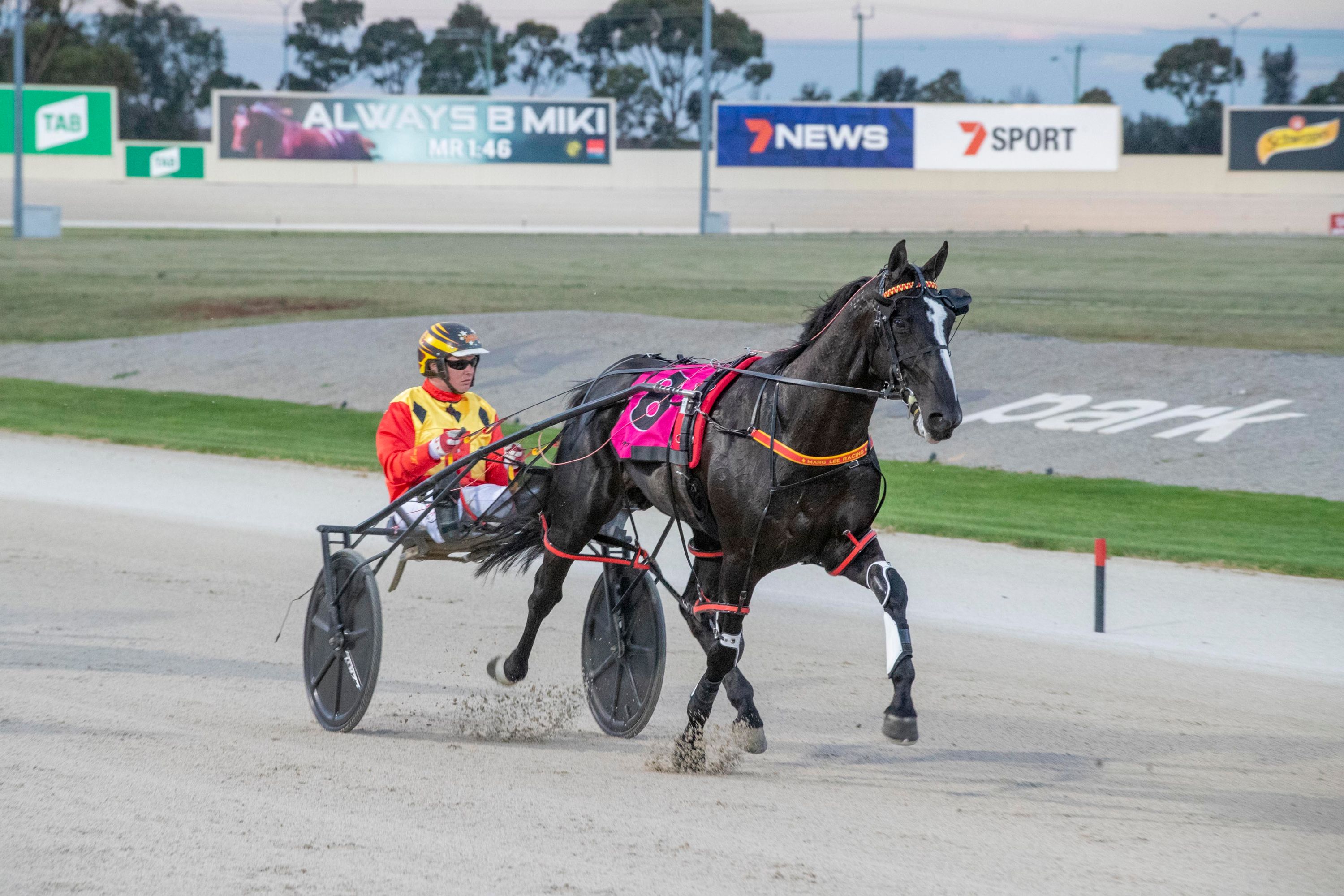 Jason Lee admits he’s probably a harsher critic than most given the high expectations he has for Jilliby Nitro, but he’s desperate to see the two-time Group 1 winner regain some killer instinct and return to the top of his game.

A boom two-year-old, the brown colt won both the Bathurst Gold Crown and Australian Pacing Gold features at the elite level, before injury and the COVID-19 pandemic saw him off the scene from late June 2019 until September 2020.

The horse had seven runs during his three-year-old preparation, but proved a perennial place-getter – including when second to Zeuss Bromac in the Breeders Crown Series Final - before heading off for a break late in the year.

Now he’s back and ready to tackle the long-awaited APG 4YO series, which fires up with heats at Tabcorp Park Melton on Friday afternoon.

COVID-19’s intrusion in 2020 prompted a 12-month holdover of the national championships, and subsequently last year's two and three-year-old graduating classes will now race in $350,000 and $210,000 finals respectively as three and four-year-olds.

"…just being a bull, it's probably coming down to mind games a bit. We are just going to have to try trick him into getting him to really get that killer instinct back,” Lee, who will drive the horse for his mother and trainer Margaret on Friday, said.

"He's happy to run along with them and work with them, but sometimes when it's time to put them away he's just not doing it."

Jilliby Nitro has had a couple of trials to warm-up for his first-up assignment, where he has drawn well in barrier one but will come up against the airborne Mach Dan, who has won all five races this preparation including the Mildura Pacing Cup at his last start.

“He hasn't had what you'd call a real hard blow out... but he's had some good solid work and he's run a good quarter and a good half at the trials,” Lee said.

"He's forward enough to race, but obviously he has run into a very good one (Mach Dan) as you do in these series.”

On Friday, two heats for the entires and geldings will be conducted, with one for the mares.

Heats of the four-year-old series have already been conducted elsewhere in the country, with races at Albion Park in Queensland on April 16, as well as Gloucester Park in Western Australia and Tabcorp Park Menangle in New South Wales on Tuesday.

Trainer Chantal Turpin captured both preliminaries at Albion Park with A Rainbow Delight (mares) and Adam Crocker (entires and geldings), while Debra Lewis’ entire Mirragon won the only heat in the west. Those horses are assured of a place in the national finals, which will be held at Tabcorp Park Melton on May 1.

At Menangle - and as will be the case on Friday at Melton - the first two across the line in both divisions automatically qualify for the Group 1 features. Expensive Ego (Belinda McCarthy) and Jay Ok (Paul Fitzpatrick) ran one-two in the boys’ category before Pelosi (Anna Woodmansey) defeated La La Bron (Aaron Goadsby) in the girls’ division.

FIAMMA (Bettors Delight – Twice As Hot $53,580) is a sister to Flaming Flutter (1.49.2) and Two Times Bettor (1.52.0) and appears to have plenty of ability. She settled four back on the inside, moved to the outside with 300m remaining and ran home nicely late for an eye-catching third. REPORT & REPLAY

Began quickly to lead and was able to win very comfortably. He dashed home in fast final sections and looked to have plenty left at the finish. He is out of a half sister to the former champion New Zealand filly Elect To Live. REPORT & REPLAY